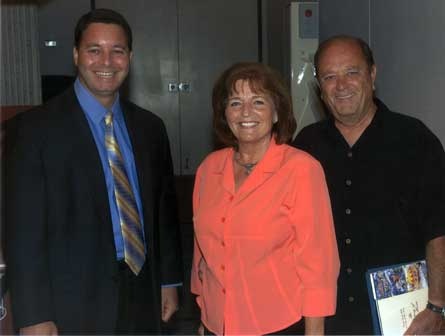 As Mayor, I take great pride in the patriotism that is shown in the City of Costa Mesa. When I was first made aware of Operation Interdependence, I knew that the support and encouragement that you and your organization give to deployed American service personnel, was indicative of the meaning of the Mayor's Award program. Please accept my congratulations as you both receive the Mayor's Award for August of 2005.

Being away from one's home, family, and friends is an enormous sacrifice to bear. That is why I believe it is so important to actively show our support for the troops who are serving the United States in her time of need. Supporting the military with care packages brings smiles to the many faces of our servicemen and women when receiving something from home. They are reminded of the overwhelming support that we have for them and their mission. When confronted with such a harsh terrain and daunting task, these care packages help ease the burden of separation during a challenging period for our nation.

Your care for the military is truly admirable and worthy of recognition. Serving the needs of our overseas armed forces exemplifies the purpose for which the Mayor's Award was established. Not only the people of Costa Mesa, but the entire nation, is indebted to you for your passion and leadership in service to such a noble cause.