The City of Costa Mesa is currently in labor negotiations with the following groups. As required by City Council Policy 300-8 -  Transparency in Labor Negotiations, the city and association proposals will be listed below in reverse chronological order along with their annual fiscal impacts. 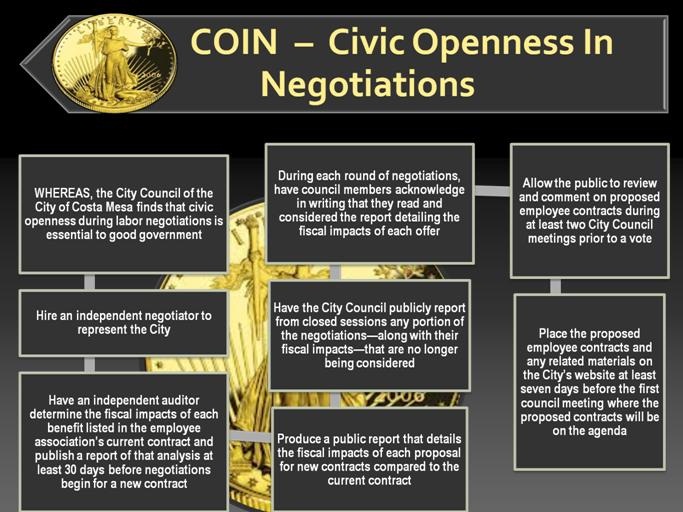 In 2012, the Costa Mesa City Council passed the Civic Openness in Negotiations (COIN) ordinance that brings more transparency to labor negotiations with public employee associations. You can read the staff report here, the ordinance here, and a sample of the independent financial analysis of the cost of the current employee contracts that will begin each negotiation here.

This PowerPoint presentation, given to the Assn. of California Cities-OC, provides a basic primer on COIN.

When the Costa Mesa City Employees Assn. contract expired in March 2013, the city completed an independent fiscal analysis of each employee benefit and posted it on the city's website more than 30 days before negotiations began. You can find the analysis here.