The project proposes to implement improvements to approximately 1.29 miles of Adams Avenue, from the City boundary near the Santa Ana River to Royal Palm Drive, as seen in the image above. Some of the challenges with the existing conditions include non accessible curb ramps, deteriorated pavement, missing sidewalk, and several utility obstructions within the sidewalk and in the pedestrian path of travel.

The core objectives of the project are to implement protected bikeways, pavement rehabilitation, sidewalk and accessibility improvements, traffic signal modifications, median and landscape improvements, and to underground the existing overhead utilities.

The bicycle facilities within this segment of Adams Avenue are included in the City’s Active Transportation Plan, the East-West Bikeway Study, and the OCTA District 2 Bicycle Plan, highlighting the importance of the bikeway improvements element of the project. 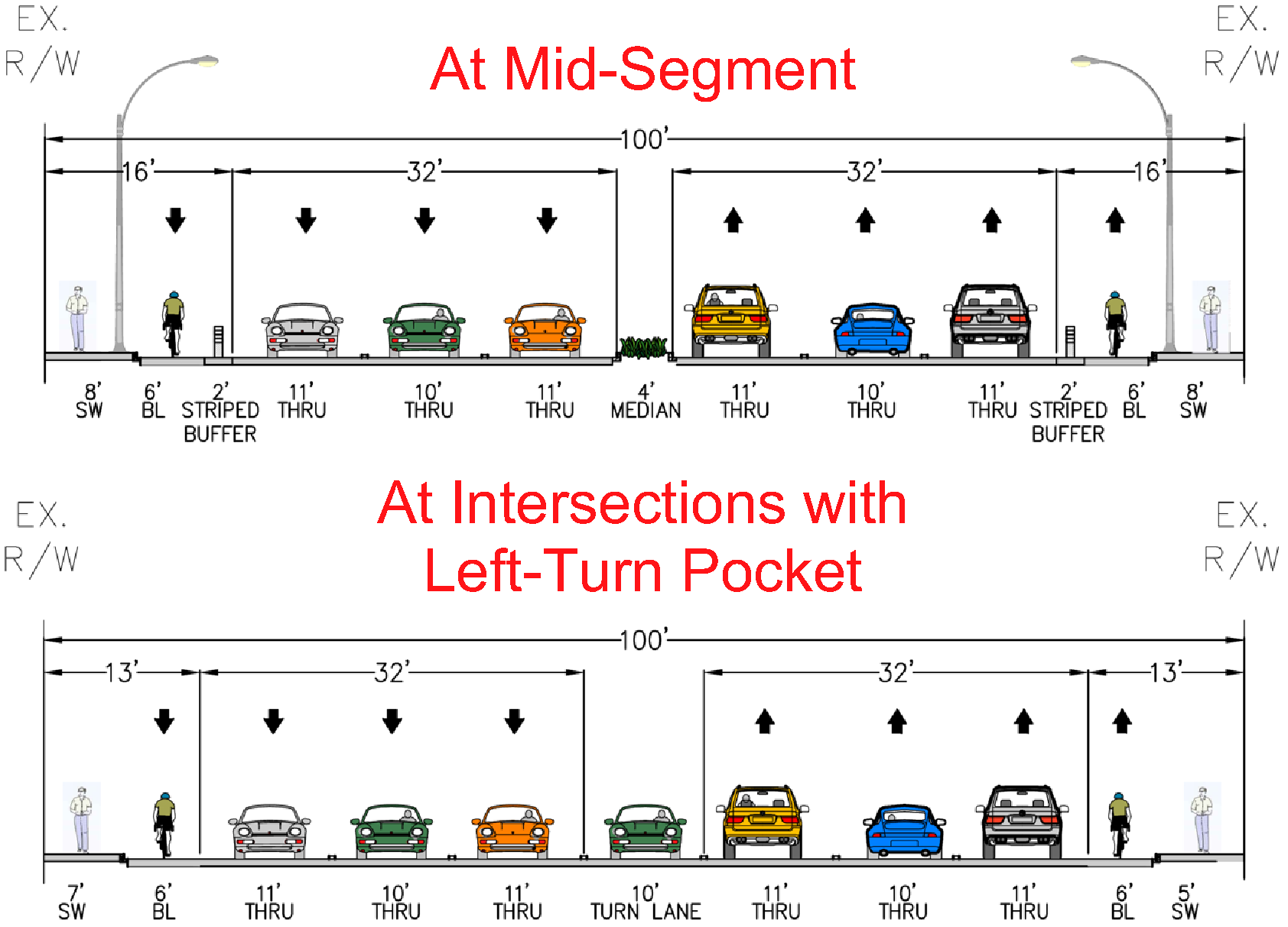 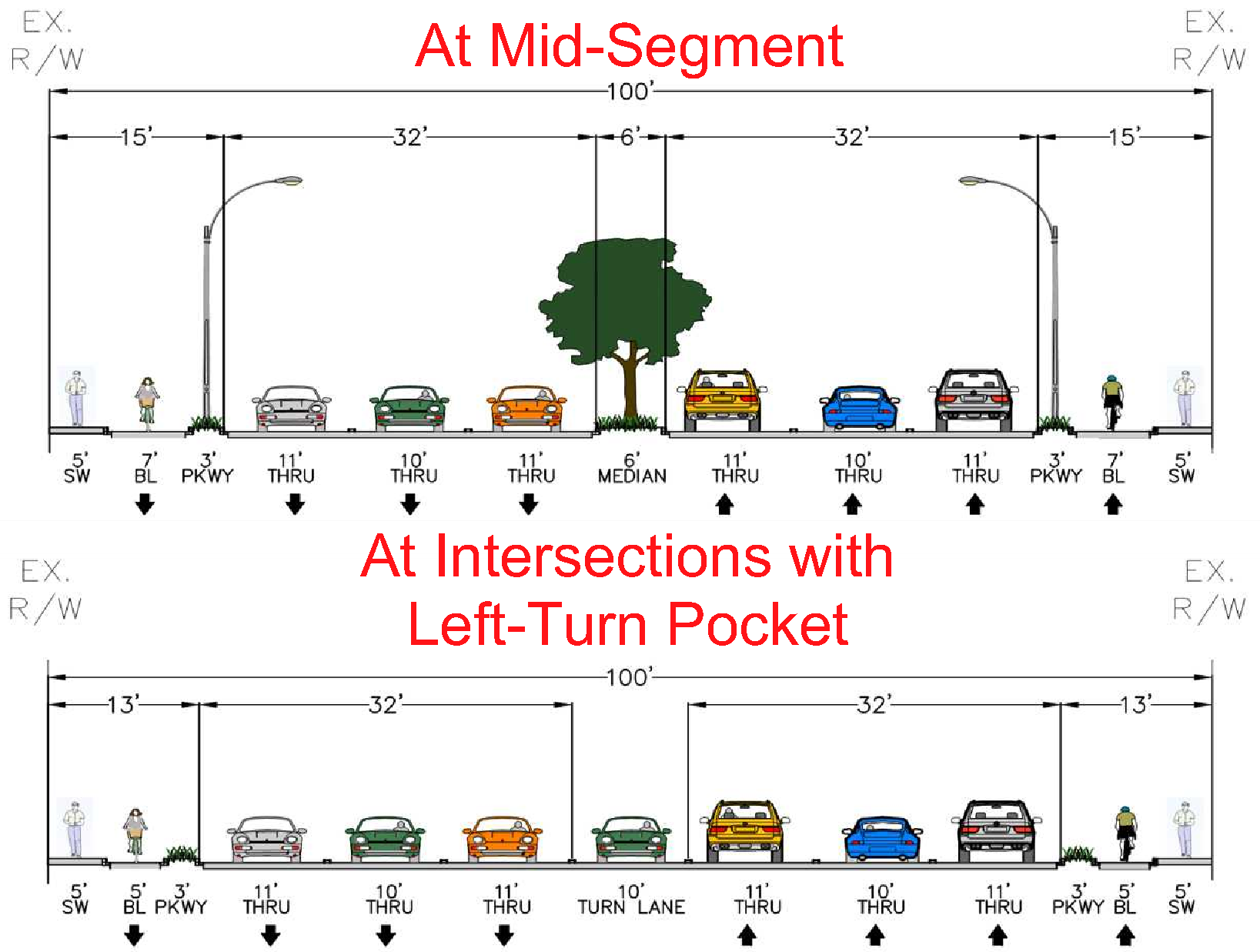 Alternative 3 - Shared Use Path "A" 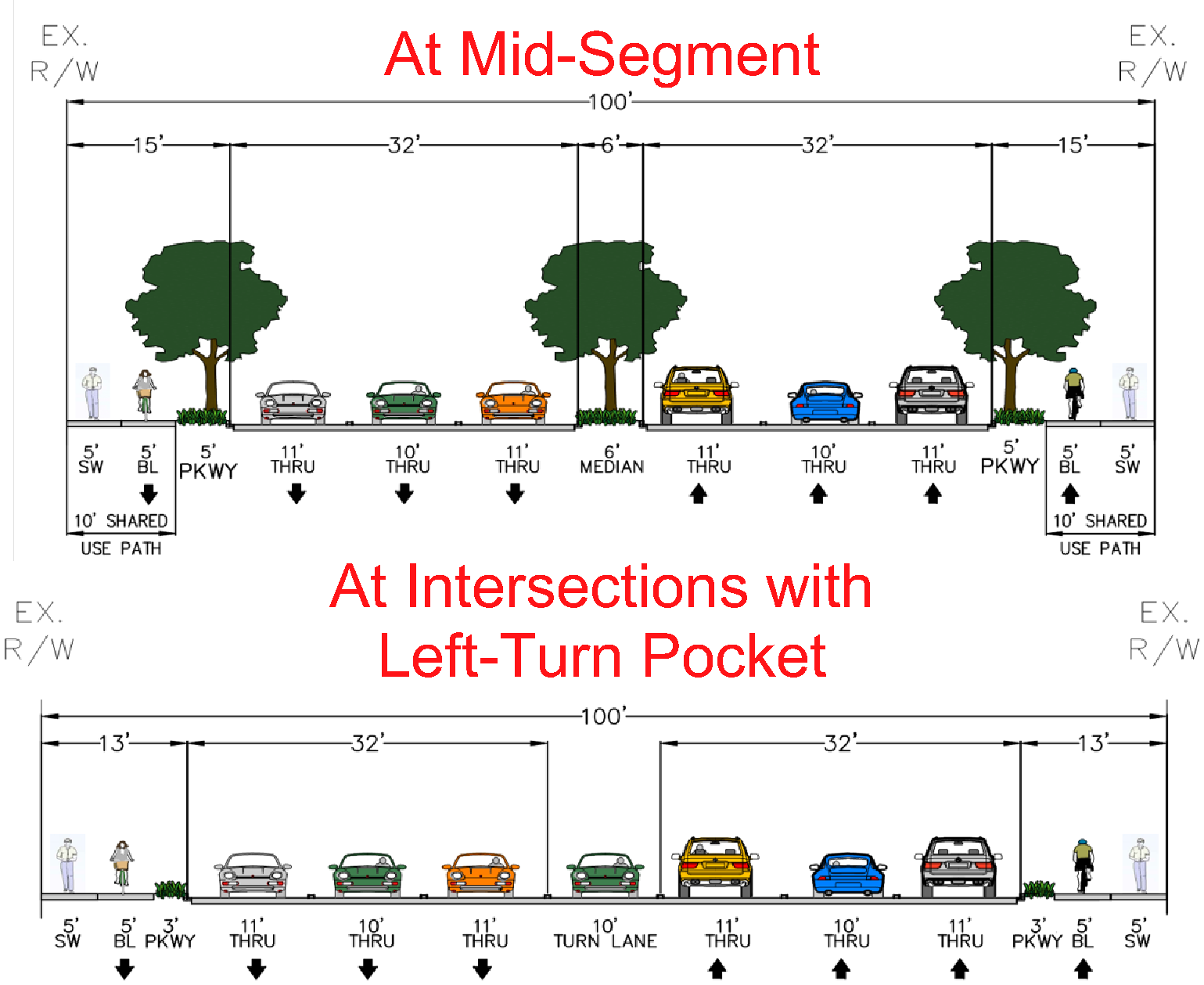 Alternative 4 - Shared Use Path "B" 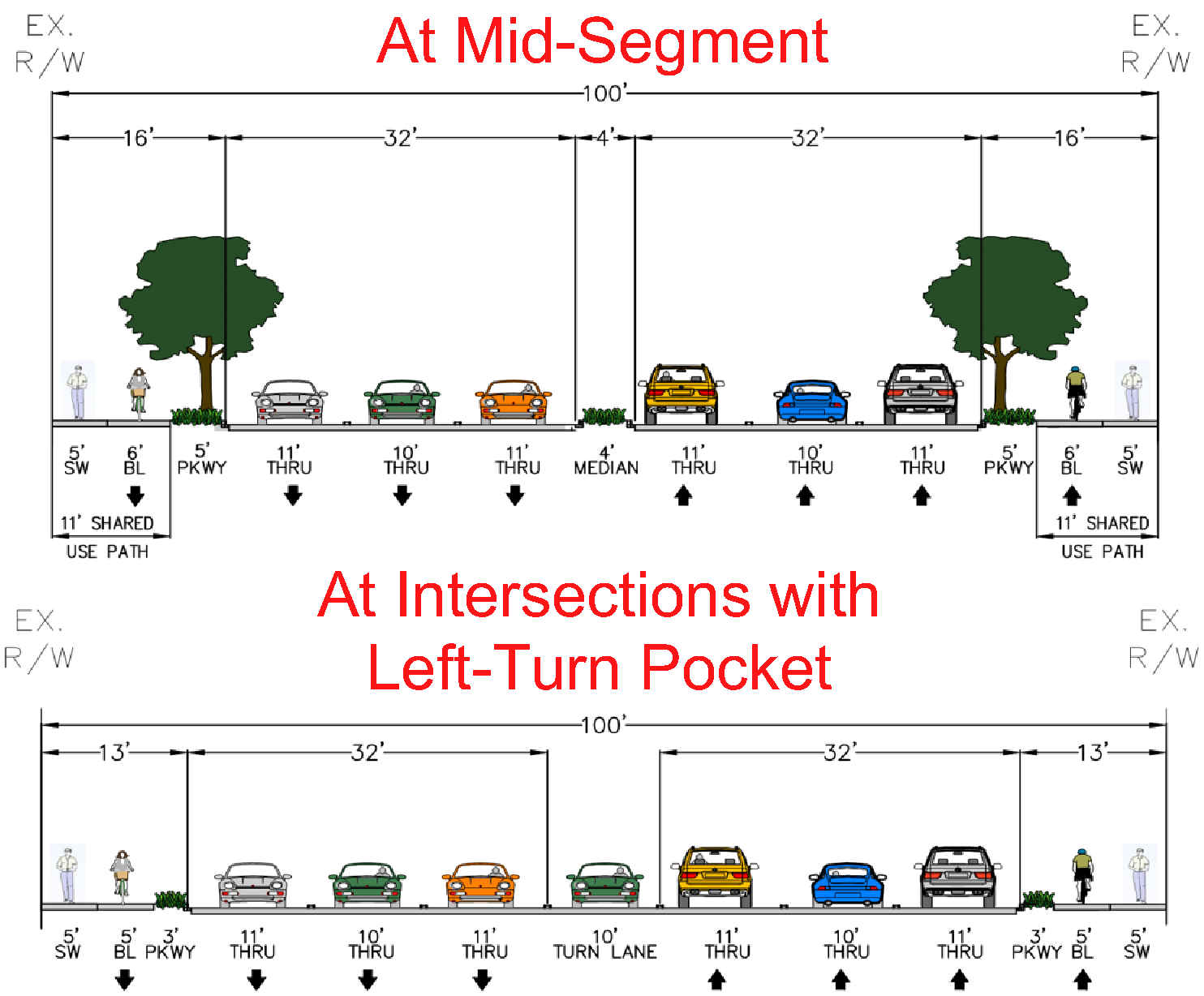